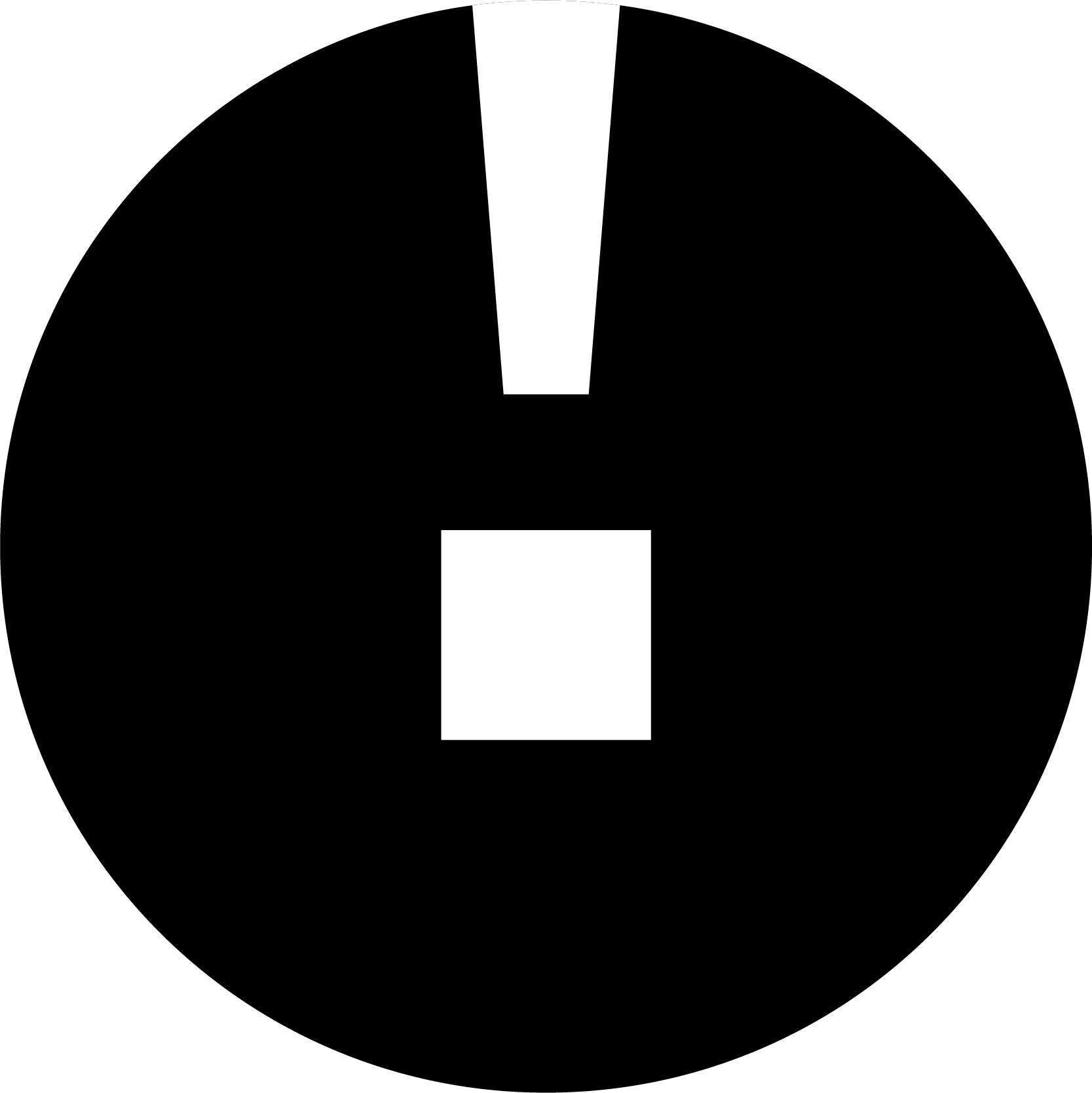 Bonding Over Design—A Tale of Druids, of Blood, and of Love

Let’s meet you. Who is Druids?

I’m Murphy Usifo. I was born in an average home, as the first son to a family of 8. I studied Petroleum Engineering at the University of Benin (UNIBEN). I wanted to study Mathematics as I loved it a lot, but due to the stories I was told about job security, I chose Petroleum Engineering.

Oh, nice. So, how did you start your design career?

My story is quite unique. I’m always excited about sessions like this because I get to share my story. I think it’s important for me to share my story because I believe that if a boy like me, from the actual trenches, can make it in design, then anyone can.

As a student, during my industrial training (IT) at Chevron, I worked in Supply Chain Management and realised that none of those working in the same department had a degree in Petroleum Engineering. At that point, I started to rethink the value of my degree.

My boss registered me for Lean Sigma Training, a platform to learn optimised business processes. I learnt Excel during this period and in my attempt to apply this learning, I created shareable Excel sheets to track work progress. This was when I realised I enjoyed solving real-life problems.

In 2017, I was a Content Writer on Steemit, a platform that rewards writers for content and engagements. Despite that I was a student, I was earning between ₦600k to ₦1m monthly off the platform. My standard of living got so high that even when the money stopped coming in, I needed ways to keep that lifestyle.

That was how I started designing. I earned ₦120k off my first design, which served as a great motivation. While still in these early days, I joined a design contest where I earned ₦1m. So, I decided to stay with design. These were just basic designs, really.

I launched my product design career properly after I was scammed by an investment scheme and my finances went back to square zero in 2018.

Why did you choose product design?

During my Lean Six Sigma training, I saw a friend doing product design. He told me how it’s about solving problems which looked like what I could use the skills I had just learnt for. So, I learnt the basic foundations, then UI/UX, and moved on from there.

My learning was scattered, I had no formal training. I started with Youtube and learned how to use Figma repeatedly till it made sense to me. After three months, I decided to apply to Tesla—very funny. That was when I realised I had a lot to learn because the requirements were quite a lot and I only had Figma knowledge. So, I went back to learning.

Since that time, I started creating prospects of what I wanted on my resume for the year and working towards it. This year, I have motion, interaction design and 3D animation on my learning radar.

With this scattered learning process, how do you learn?

I learn mostly by practice. I keep repeating daily. I like having an idea of what I want to do in my mind before I even start watching a course. My usual process is to search YouTube or buy courses and watch the video all through without practice. Then, I watch it again while practicing. And finally, I practice repeatedly on my own without the video. So, it’s mostly experimentation.

In 2017, I had an obsession with myths. I read a lot about them. So, when I tried to create a Steemit account and it appeared every option related to my name had been taken, I decided to try Druids 01 which was available.  To remain consistent across all platforms, I changed my name to Druids across the board. It’s that simple.

Interesting. But why did you choose to have an anonymous personality?

There’s no particular reason. I didn’t choose it as well. I’m just not a big fan of pictures. When I do take them, I forget to post them. So, it’s not intentional, it’s just who I am.

It seems you always organise classes and online sessions. Why?

I simply believe that if I keep sharing what I know, you should be able to replicate the amount of success I have.

What would you consider the luckiest moment in your career journey?

Getting my first product design role at DAO Maker without any web3 portfolio. At the time, I had no formal web3 experience. I was just big on selling myself. Before the interview, I read through their website, learnt about their products and armed myself with relevant information; all of which made me ace the interview. I think it was majorly luck, accompanied by selling myself properly.

When you’re not designing, what do you do?

I’m mostly playing games. I love watching anime. I love Bowling. I don’t have a social life. Those are the only three things I do that are different from work.

If not design, what else would you be doing?

If I could study further, I would choose Economics. I want to stop working in design in five years and venture into another role in finance. I don’t plan on keeping the pace as a designer forever.

You talked about your background briefly. Has it influenced you in any way?

Absolutely. Growing up in situations where we lacked money at home made me very ambitious. So, I ensure that I never have to go back to that poor state. I do not want that for my siblings as well. My three brothers are all designers. My youngest brother has a good-paying job and he’s still in secondary school. Everyone has something worthwhile to do.

In terms of people skills, talking to customers in my mom’s shop and negotiating prices helped me a lot with clients.

It seems you’ve had a lot of peak moments in your career. Has there been any low point in your journey?

I think this is a personal low point. I lost my job at Paxful. For about 6 months after getting a new job, I had the fear of losing my job. This PTSD continued for a while and it was a low point for me. I kept overworking and overdelivering out of fear of being fired again. It took a major toll on me but I have bounced back.

How do you see the design space in Nigeria?

These people are rushing into the design space without any roadmap and they’re not competent–and they don’t know. But addressing it may get you termed as a gatekeeper. This explains why I do more teaching, focusing on design foundations, to make sure young designers have a solid foundation before building on it.

Nonetheless, there are a lot of awesome designers doing great work in Nigeria.

What is your biggest project since you started designing?

I worked for NiftyIsland, where I worked on my first game design project. The Island and Gun on my display name is like an NFT usually given to core contributors. I also worked at PrePO and Aliens too, and I designed the MVP for the project and its website within one month.

I particularly liked my work at Paxful despite how I left. I was doing some very sweet things with Design systems there, automating some design system processes in Jira, and creating a Component QA review which I never pitched.

These are all foreign projects. Have you worked on any Nigerian project?

No. I worked on a project in 2019, but it turned out to be a really toxic relationship. I wasn’t being paid, just #5k for internet, which wasn’t enough. Yet, I worked Monday to Sunday. I was kicked off the project for missing a 10pm call. The project idea was mine and I built the team, but I had to leave. Since then, I haven’t looked back at Nigerian clients with a few exceptions.

So apart from working on that project, what other mistakes do you think you’ve made in your career?

Early in my career, I was not proactive enough. I just do the tasks I’ve been given. I think it was a bounce-off from my toxic experience working with the Nigerian project, being kicked off despite doing everything. So, I became very reactive.

In terms of finance, I was burning a lot of money, I started becoming very intentional with my money mid-last year, looking for safe ways to grow my money. Looking back now, I’m not sure I have a lot of regrets in my career.

How does money work for you? Saver? Investor?

I’m both a saver and an investor. So far, I’ve written four angel cheques, I have a threshold for savings and I also invest in startups I’m interested in. I keep enough money to be able to leave the country with my family if there is ever an urgent need to.

What makes you unique as a designer?

Speed. My speed is crazy and unbelievable. I once designed the UI of a fintech app in 2 days. I learn really fast and execute faster. I consciously slow myself down and spread the execution, especially when it’s not urgent.

So, I think speed makes me unique. It has brought me this far.

Do you see yourself starting a company?

I have a project I’m working on. Finding accommodation as a student can be very stressful—the current processes are manual and annoying. So, I gathered a team to design and build this project. You can list and secure apartments, schedule appointments with technicians, and schedule virtual walk-throughs around the apartments. The product is actually ready, just to launch it to the market—and someone is working on that.

What a family of designers! Do you think you influenced your brothers’ career choices?

I believe so. I usually ask them if they’re interested. And if they are, I get them a laptop and they continue from there. My youngest brother, for example, was great with pencil art and already started making money off his work at 13. So, I got him an iPad and a pen to launch his career in illustration. This is the same trend as the others as well.

So, that’s how we all got into design.

Having influenced others a lot, which designers influenced you as well?

Just like everybody else, Chris Do influenced me a lot. I watched all his videos repeatedly and they formed a major foundation for my career. I think he’s the only person that comes to mind.

You seem to have a lot of work and learning to do. How do you achieve your work-life balance?

I honestly believe my girlfriend is my balance. I can work all day, I switch in between work, playing games, watching animes and some sitcoms. She brings the fun part to my life.

I also introduced her to tech and she now works as a UI and 3D Designer. Whenever I have a lot of projects on my hand, I shed some off on her and she does them really well.

Wow. You brought everyone close to you into tech. Is there any long-term plan for that?

The goal then was simply to make everyone comfortable and to reduce black tax as much as possible. To a reasonable extent, I have achieved that. Now, I think can successfully run a design school as everyone in the family has every relevant design skill that can be taught.

However, that’s not in the current plan—nor the long-term plan.

Druids, as Murphy Usifo is popularly called, can easily be found on Twitter. Need Design Challenges? He compiled one for you. Check it out.